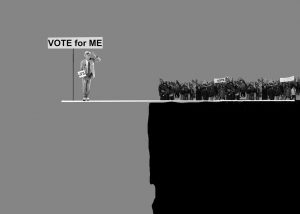 The critical factor in NZ is one person one vote and confidentiality. Contrast that with the USA that uses an antiquated 18th century electoral system, complicated enrollment requirements and voting procedures.

The NZ system means all votes count and are counted. While not perfect, the perfect system is yet to be invented, the NZ elections are far more equitable and transparent than the archaic American counterpart. Once in office the typical NZ politician treats that position with the respect it deserves and generally complies with traditions and political values that have been developed over the last, nearly, two centuries. Unlike the USA where the current administration is rife with nepotism, narcissism, cronyism, bigotry, misogyny, vanity and incompetence, NZ has a mainly benign political culture and should be valued and that value expressed by getting out and voting, the minimal political action that we should all take and prize.